Posted on November 18, 2016 by angelallindseth 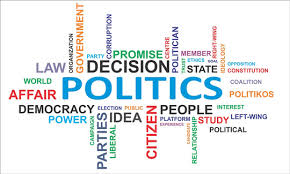 I have never been a political person, and I don’t know why or what changed. Okay, that’s wrong, because I do know. donald. I have to hand it to him, he knows how to draw a crowd. He knows how to work folks into a frenzy.  He made me political, and for that, I’m not sure if I should thank him or not. He was my political crack.

I was happy in my little bubble of ignorance. My apathy surrounded me like a good bourbon warms the heart. I liked the way things just happened around me without my input.

Now I’m a mess. I have problems sleeping at night. I worry about Russia and the Keystone Pipeline. Many of my concerns are about issues that don’t have any consequences for me, but they can vastly hurt so many: LGBT equality, woman’s health (I’m post-menopausal), climate change (I would pray for my children, but that’s a whole other issue.), just to name a few.

For fuck’s sake. This isn’t me! I’ve spent most of my life in hedonistic pleasures, denying reality because none of it affected me. Up until now, I was more concerned with marijuana law reformation that NAFTA. Not really, but you get my point, right? All of a sudden, I feel like the country is living on the brink of disaster, but we have no clue from which direction it will come. Civil unrest? Global warming? Nuclear war? Now I know how those end-of-the-worlders feel.

By now lots of you have quit reading, but for those of you who haven’t, we are kindred spirits, are we not? I’m at such a loss. It’s hard to watch the news when every day, hell, every hour, there is some new transgression going on with the transition team. Appointing an Alt-Right elite is just the tip of the iceberg. His children are a key part of that team. What the fucking fuck! Can’t anyone see the ginormous conflict of interest, here? Do any of his supporters even care?

I absolutely believe that many of them think they are not racist, but they are okay with him being one. They don’t think that assaulting women is okay, but they are okay if he did it. Rating a woman based on their appearance is calling it like it is, but they wouldn’t want their child doing it.

I don’t even know what my point is. Is it too late? In so many ways, yes. He is our next president, but that doesn’t mean we should become complacent. His actions must be scrutinized every step of the way just like Hillary’s emails. A man accused of assault will be occupying the White House. I am NOT okay with this. I will NOT stop posting the facts. I will NOT give up hope.

Putting the finishing touches on The Contraption, a dystopian novel dealing with conversion therapy and social inequality. It's The Handmaid's Tale meets Divergent.
View all posts by angelallindseth →
This entry was posted in politics, Retrospective, Uncategorized. Bookmark the permalink.