Posted on February 9, 2018 by angelallindseth 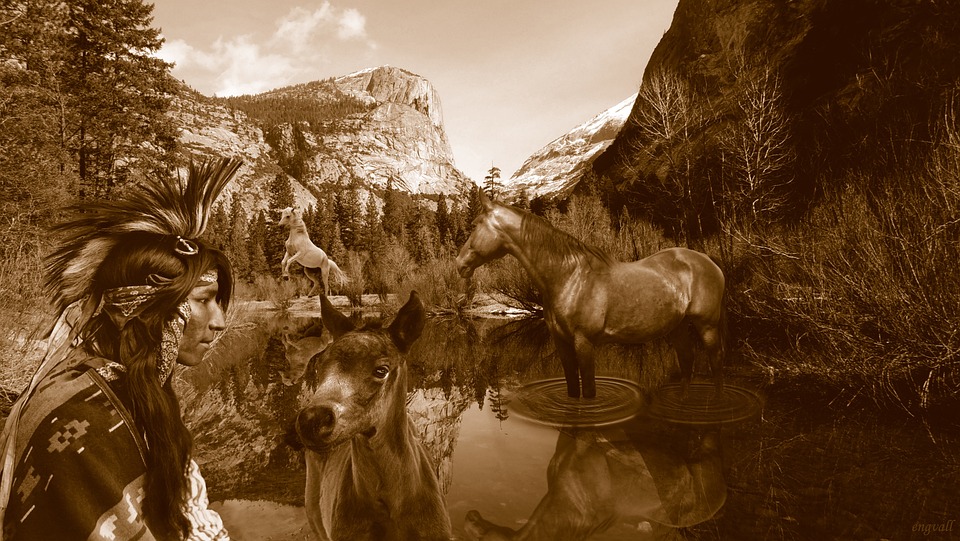 On this day in 1887, Grover Cleveland signed the Dawes Act, also called the General Allotment Act, which split up reservations held communally by Native American tribes into smaller units and distributed these units to individuals within the tribe constituted a huge blow to tribal sovereignty.

The goal was to encourage farming and integration in American culture.

Under the Dawes Act, the head of each Native American family received 160 acres in an effort to encourage Native Americans to take up farming, live in smaller family units that were considered more American and renounce tribal loyalties. The government held such lands in trust for 25 years, until the recipients could prove themselves self-sufficient farmers. Before the family could sell their allotment, they were required to get a certificate of competency. If the family did not succeed at farming, the land reverted back to the federal government for sale, usually to white settlers. The Dawes Act reduced Native American landholdings from 138 million acres in 1887 to 78 million in 1900 and continued the trend of white settlement on previously Native American-held land. In addition, the law created federally funded boarding schools designed to assimilate Native American children into white society. Family and cultural ties were practically destroyed by the now-notorious boarding schools, in which children were punished for speaking their native language or performing native rituals.

Putting the finishing touches on The Contraption, a dystopian novel dealing with conversion therapy and social inequality. It's The Handmaid's Tale meets Divergent.
View all posts by angelallindseth →
This entry was posted in Blog Post, equality, Uncategorized and tagged History, Native Americans. Bookmark the permalink.

1 Response to The Dawes Act (i.e. stealing from Native Americans)