Posted on February 12, 2019 by angelallindseth 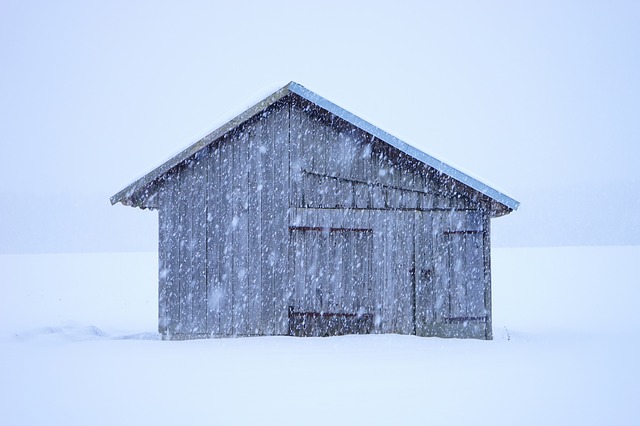 We’ve been holed up in the house for three days now. The snow is stacked up so high we can’t see out the window anymore. Ma says it helps keep the heat in, but it’s hard to tell cause even with all the quilts and little Mary cuddled next to me, my toes feel like icicles.

The wind whistles around like demons rocking and shaking enough I’m afraid the roof will fly off. Tiny snowdrifts pile up on the cloths Ma has stuffed across the sills. The blizzard has a mind of its own, and it don’t care if we’re in the middle of it.

Ma has to break the ice off the water bucket before we can get a drink in the morning. The potatoes are froze so hard it’s about impossible to cut and there’s no meat to make a stew.

Pa has kept snow away from the door so he can follow the rope out to the barn, but every time, the tiny bit of heat is sucked out faster than a cat on fire. Bessy and Blossom have food, but it’s hard to keep the water from freezing over. Pa hauls out pails of melted snow, but we’re running low on wood. The stuff piled close to the house is wetter than a frog’s back, so we’ve got it stacked next to the fireplace.

I’m worried about Tabby. Haven’t seen him since the storm set in, but Ma says he’s a hunter and scrappy so he should be able to make it through just about anything. I’m not so sure. If he was caught in the open, well, I expect he couldn’t have made it home. I think about all the other animals, the deer and coyotes, wonder where they hole up when the Lord throws down his wrath. Maybe Tabby’s with them, but I don’t hold much hope.

Pa’s face looks different today. He says the storm has broken, and he breaks a path through a drift that reaches above my head. I hear Bessy mooing from the barn. Tabby appears from under the woodpile. The sunshine glistens against a sparkly lake of snow.

He smiles at me and lifts to the top of the drift. “Shall we make snow angels?”

For more of my Mellow Monday posts check these out:

A Tree for Momma

Putting the finishing touches on The Contraption, a dystopian novel dealing with conversion therapy and social inequality. It's The Handmaid's Tale meets Divergent.
View all posts by angelallindseth →
This entry was posted in Flash Fiction, Mellow Monday, Uncategorized and tagged Blizzard, Flash Fiction, Pioneers, winter. Bookmark the permalink.